This article is about the upcoming video game. You may have been looking for the creature Pluff.

Suggestions can be left in the forums.

Since this game is still being created, the storyline is not yet finalized. It may be changed at any time. Please do not add your own storyline ideas here, add them in the forums.

This game follows Pluff as it goes on its own adventure! After escaping Darkfire Prison, Pluff is taken by a group of scientists to Polarr, where King Nom has happened to take refuge. The first city in Polarr is then formed because of the breakthrough that pluff fur clothing can keep people warm in Polarr, soon many other cities form and you get your own. But, King Nom has also brought followers with him and has formed a huge army in Polarr, so you need to fight him off to protect your city!

In this game, you will play as a "landowner" who must fortify their land to protect it from invasions. This concept is similar to that of Backyard Monsters.

Each week from February 9 to March 9, was in the Fightmon Weekly Newsletter.

Released February 9, 2013. In most games of this genre, you "fling" monsters into the battlefield. That is not the case in Fightmon the Game: Pluff. In Fightmon the Game: Pluff, you must send your monsters in waves, adding extra difficulty to attackers. The size of your waves and number of waves you can send will increase as your strength increases 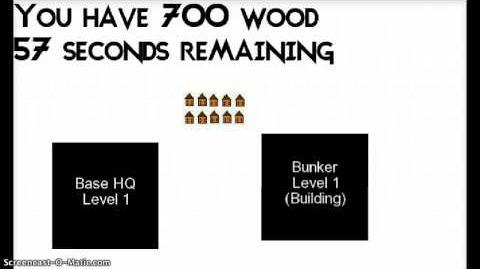 Will be available on Kongregate, Facebook, and Eternity Incurakai.

Community content is available under CC-BY-SA unless otherwise noted.
Advertisement